AWAKENING TO THE DREAM

Bringing together archaeological evidence, comparative mythology and folklore, and symbolic interpretations, The Prophets Conference JOURNEY TO THE GREAT MOTHER GODDESS ON MALTA asserts the existence in prehistoric Europe of a widespread culture centered on the Goddess, lifegiver and sustainer, as well as death-wielder.

Christine Page, M.D., will be guiding this pilgrimage to the honey island of Malta to connect to the Mother Goddess and to ceremonially call for her return in this time of great planetary change. To find out about this magnificent adventure and how you may take part in Awakening to the Dream, please visit www.greatmystery.org/events/malta2010.html.
____________________________

During an interview for my book, 2012 and the Galactic Center, I was asked; ‘What if the whole energy around 2012 is just like the Y2K hype at the turn of the millennium? What if nothing happens?’ After a moment of thought I replied: ‘Well, if what’s going on in our world today is the best we can do as spiritual beings, then I sense we have a problem. So even though I’m not into doom and gloom, 2012 may bring the crisis required to wake us up to the need for real change.’

This question made me to reflect on what it is to be spiritual, a word tossed around in many circles today. It’s commonly applied to the attributes of an individual who has attended many new age seminars, read a vast number of inspirational books, spent days caring for others, possesses psychic gifts, knows the mysteries, meditates at least six hours a day or eats a strict vegan diet.

So I wonder: What does being spiritual mean to you?

For me, it is when I am fully expressing my soul’s blueprint in my daily life so that there is no separation between my spirit and matter, heaven and earth; they are one, the meaning of unity consciousness.

Today, many events which appear as crises, including the oil leak in the Gulf, the vulnerable financial markets and the rise of global activists are in fact helping to break down the illusion of separation built up over thousands of years so we may know ourselves in our wholeness. As the Inca prophecies say: 2012 is the first time that spiritual human beings will walk this Earth.

Despite all the changes occurring both within our personal lives and around the world, we are perfectly on track for the transformation we’ve been awaiting for thousands of years. All we need to do is take full advantage of the opportunities arising which may seem challenging to our minds but are fully understandable to our hearts.

1) The apocalypse: the revelation of those things previously only known by the few, to be known now by the many. This is occurring due to dissolution of the veils which existed between the dimensions of reality allowing us to know ourselves as multi-dimensional beings. These changes will be heightened by Neptune’s passage into its own sign Pisces next year when our thoughts will instantaneously be converted into reality.

However we don’t have to wait until 2011, for already we’re witnessing changes in our reality. Thus, although at present we know the difference between being awake and asleep, as the veils fall, there will be less and less differentiation between these two states with our night dreams continuing into our day and vice versa.

Other results of the falling veils will be that it will feel as if you’re suddenly tuned into 200 radio stations simultaneously. Physically this may lead to sleeplessness, a sudden desire to sleep in the day, unpredictable anxiety, confusion especially around dates and time, dizziness, weight changes and breathing difficulties.

My advice: stay grounded, spend extra time in the garden with your feet on the earth, stop meditation practices which take you out of your body, take time for self and laugh.

2) The clearing of dead energy or emotions from our psyche. As the veils disappear, all aspects of our psyche which have been kept hidden in the subconscious, often as secrets, will be brought to the surface so we can integrate them into being. Thus we may experience our worse nightmares and greatest joys all in one day.

In our holographic world this is being reflected in the oil leak in the Gulf of Mexico which at the time of writing, has been capped. Oil comes from dead vegetation millions of years old. As it poured in to the ocean, polluting everything it touched, it symbolically represents the dead emotional energy which is presently pouring into our water/ blood stream and which will poison us, unless we clear it from our system.

My advice: if you’ve told your story, STOP telling it! But be careful not to drop the story before asking; what did I learn, how did I grow and why did I create this experience as an amazing spiritual being? Decide to nurture yourself with live energy whether this comes from the vibrant nature kingdom, friends or food.

3) As the energy of individual or self-consciousness grows, we will see increasing anger directed towards the leaders in society including those involved in politics, finance, and religion, with the perception that they have misused power. Yet, eventually, the leaders will tire of this and hand the power back to the people in the name of self-accountability and this will be the start of societies based on true co-operation and respect for all.

My advice: seize your own power back now, choosing not to be a victim but someone who makes choices from a state of personal accountability.

4) Beware the magicians with their phenomena and magic tricks who will step up as gurus, leaders or teachers and attempt to take your power from you. You’ll know them by what you have to ‘pay’ to be one of the elite few, how their power comes from judging others and how you never quite get to be an equal only a follower. This is the end of hierarchal systems and power struggles based on enmity between two opposing factions.

My advice: know that everybody presently has access to the ocean of possibilities.

There are a few special places around the world which hold the energy of unity consciousness – where heaven and earth meet – the energy enhanced by the building of temples and stone circles by our ancestors. Here we can experience this oneness for ourselves, through a natural acceleration process where any illusion of separation is dissolved and we are embraced by our true spiritual essence. Such places include Malta where we are preparing to lead a group, for we see it as essential that as many people as possible wake up NOW to their true spiritual destiny. 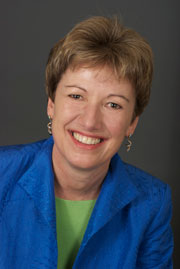 Now, focusing on education, she is a gifted intuitive, mystic and alchemist, who shares her insights and knowledge through teaching, soul readings and writing. As an international speaker, she sees herself as a messenger and bridge builder between different worlds whether this includes modalities of health care or levels of consciousness. Author of 6 books, the best known being Frontiers of Health, her latest, 2012 and the Galactic Center; Return of the Great Mother was published in October 08.

Drawing on alchemy and mythology, Christine Page will guide us on Malta to connect with and use sacred spiritual tools to merge with the Great Mother, a spiritual transformation that allows us to expand our awareness and experience ourselves as eternal beings.

Known as a mystical physician, Dr. Christine Page was immersed in spiritual mysteries from an early age, raised amongst healers and psychics. In the search for true healing, she has over 30 years of experience in the caring professions as doctor and homeopath receiving her medical degree from London University.

The Darkness Before the Dawn

Sustainability and Vision with examples